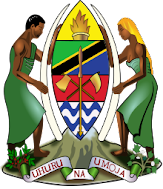 Mbulu District is one of the six districts of the Manyara Region of Tanzania. It is bordered to the north by the Arusha Region and Lake Eyasi, to the east by the Babati Rural District, to the south by the Hanang District, and to the west by the Singida Region.

The District Commissioner is Chelestino Mofugo.[3] Mbulu District is, since the 2015 general election, divided into two election counties: Mbulu Mjini and Mbulu Vijijini.

The District is inhabited by people of different ethnic affiliations, especially the Iraqw people who are some of the earliest agro-pastoralists to migrate to what is now the Republic of Tanzania. Other native tribes are the Wahatzabeti living in Yaeda Chini, living a primitive life, and the Datooga people living in Mbulu Vijijini. People engage mainly in agriculture, keeping livestock and farming activities. There is plantation of onions in Bashay and wheat in many places.

The Mbulu District is decorated by mountains like Mount Guwang which is one of the attractive feature for tourists. There's also a hot spring in Hhaynu. The Manyara National Park is partly in Mbulu region where tourists can come and visit. There is a Sanu Parking longe in Mbulu town where guest can get accommodation.  Mbulu town has the Nyerere Stadium in Sanu Mbulu, the biggest stadium in whole Manyara Region for football and marathon. One of biggest hospitals in northern Tanzania is found in Mbulu: the Haydom Lutheran Hospital.